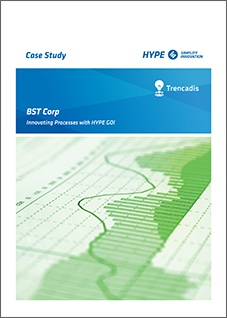 BST invested a lot of effort in the internal marketing of the campaign, which resulted in a participation level of 90% and a very high engagement. The outcome of the program turned out to be very successful for BST.

We make software that helps companies connect people with ideas, to drive innovation and transformation forward.